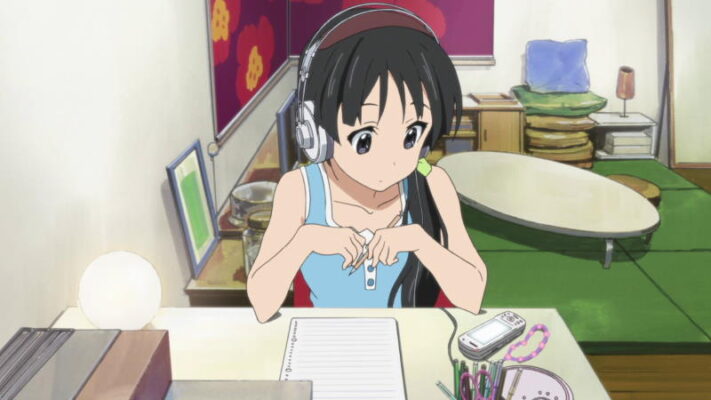 In the episode Mio is seen wearing a k701

To be honest that scene was the start of the obsession that led to the creation of headphones.moe

The k701 is a great headphone in its own right, nowadays you don’t hear so much about it anymore but until 2010 it was on the top. After discountinuing the K1000 it became the AKG flagship.
The k701 and its later variant the k702 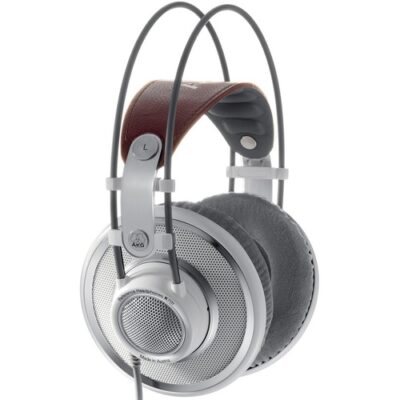 Easy to listen, confortable. Quite neutral, good soundstage. There is nothing particularly remarkable about the k701. But then it is precisely that that make it so good as a daily driver.
Some people will hate the dimple on the headband, and I have to say it is true that after few hours it can create a hotspot on your head. I am glad AKG got rid for then for the successors of k701.
But despite that, with its ligh clamp, ligh weight and perfect adjustment, I really do appreciate its confort, innofensive sound.
After many years it is still one of my favorite daily driver. Even when I own uber hi-end headphones like he-1000 or Stellia, I find myself putting on my trusty k701 for daily use.

Mio inspired me to get my own k701, which is with me ever since the second season of K-ON! more that 10 years ago.
I just ended up replacing upgrading the line for a better and shorter one after the orriginal had a bad contact.

Pad are still the orriginl ones, those just seem to not wear out at all ! More that 10 years later at the moment of writing that article.

AKG was a great company. Unfortunatly today they are no more as all historic manufacturing and R&D facility in Vienna was closed in 2017.
Only the brand subsits, Samsung may still turn out some good product under the AKG name but AKG is a shadow of its former self.
Quite a sad story.

But there is hope as formers employees of AKG formed Austrian Audio a very promising company that look very much leaded by engineers.